Bob Cole was a local man still remembered by older people in the area for his eccentric character and athletic ability which took him right to the top. He was a regular at the Peterchurch Show and other local events but also triumphed in the 1920’s on the biggest stage, becoming World Champion at 10 miles and the Marathon as well as winning gold at the prestigious New Year Powderhall Carnival in Edinburgh. In this lavishly illustrated book, Steve Herington has pieced together, from talking to local people and researching contemporary newspaper reports, the extraordinary story of the man and his achievements, setting them in their historical context.

Steve will have copies available at various races through the season, including the first Summer League race at Abbey Dore on 1st June and the final 5K on 8th June.

He will also be talking about the book with Matthew Engel at the Hay Festival on Thursday 26th May at 5.30 p.m.

A local book launch will be held on Saturday 25th June 2.0 – 4.0 p.m. in St Margaret’s Churchyard where Bob is buried. Free refreshments. A special commemorative Bob Cole cider produced by the St Margarets Cider Co. will also be available.

Otherwise, please contact Steve at kipperw8@yahoo.co.uk for your copy. 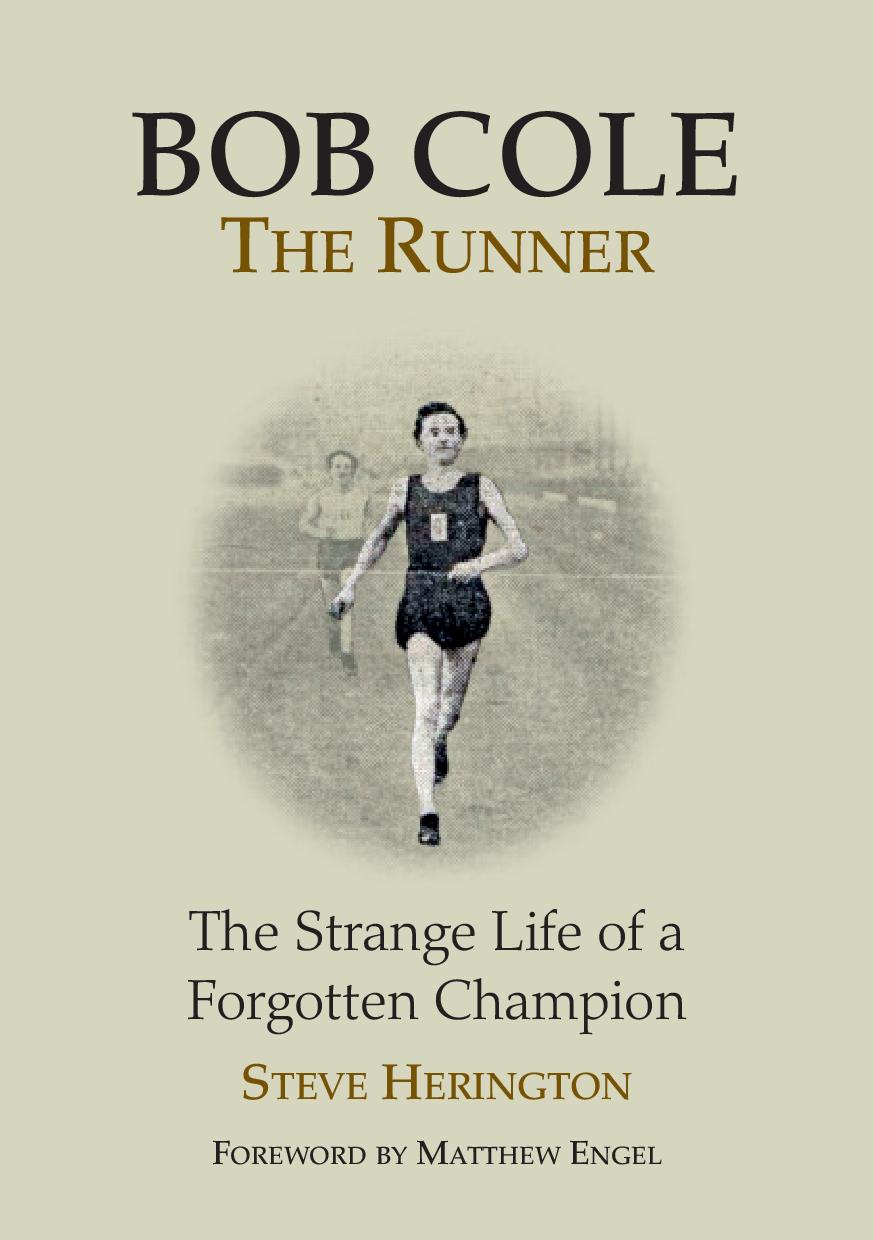